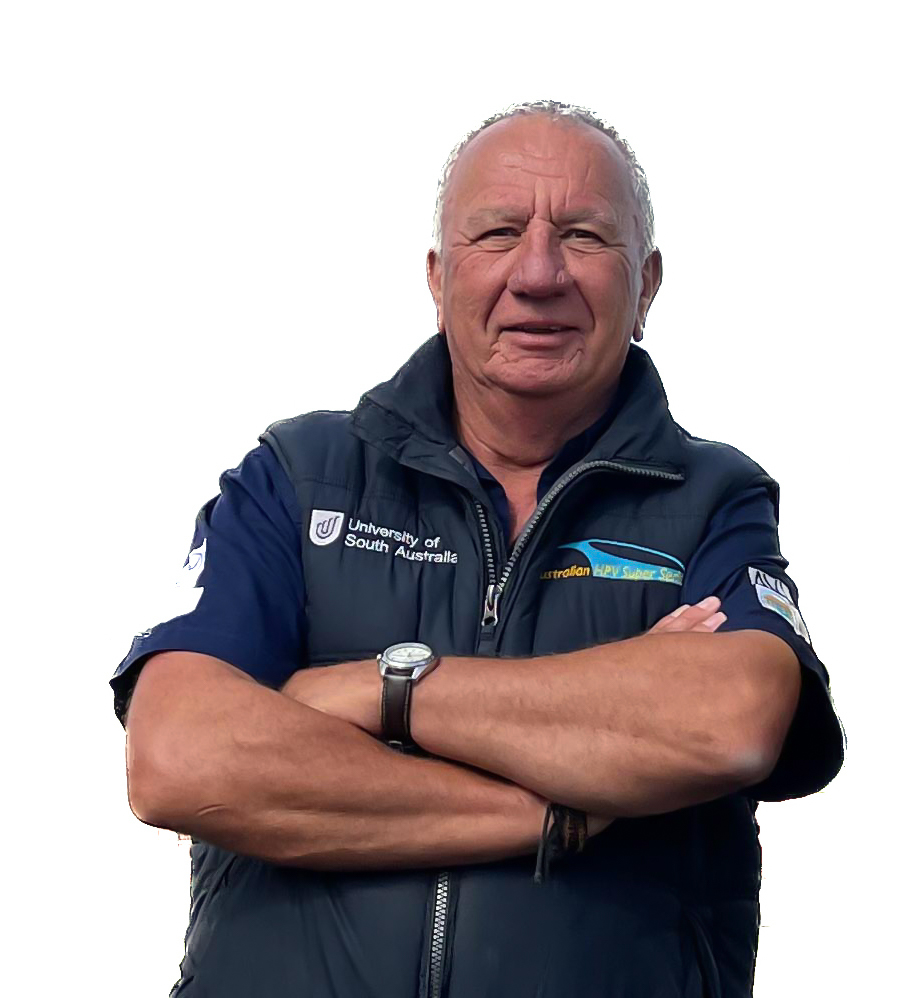 Ticket prices for the Andrew McLachlan Tribute Event have tumbled.

The announcement comes about after two longtime supporters of the UniSA Australian HPV Super Series, Floodlight Content and Copyworld, signed up to sponsor the special occasion.

The news has provided the opportunity for ticket prices to drop from $85.00 to $65.00 including GST, a significant reduction, while still retaining the full food and drink package, video premier, and full facilities at Oceanique, Adelaide Sailing Club’s beachside function centre.

For nearly two decades, Andrew has guided, developed, and managed the sport of Human Powered Vehicle racing as both CEO and Chairperson of Australian International Pedal Prix Incorporated. Whilst his involvement in the sport stretches back even further, it is during his time in this official capacity which has seen the sport and its community flourish, with the establishment of the UniSA Australian HPV Super Series a major achievement.

“Pedal Prix and Andrew helped us get started as a business,” said Justin Counihan, Managing Director of Floodlight Content, now a supplier of high-end creative visual content to major global brands, including Tesla. “Andrew allowed us to hone our storytelling skills, entrusting us to film events such as the 24hr Australian International Pedal Prix, where we were able to learn so many invaluable skills. It’s a pleasure to give back and an honour to acknowledge Andrew for his tremendous achievements.” Floodlight Content will also support the production of a video chronicling Andrew’s time with the sport which will be premiered at the event.

Copyworld have become synonymous with the Copyworld Fastest Lap, having sponsored the highly sought-after accolade for several years now. “We have really enjoyed being part of the sport and the great values it represents,” said General Manager David Morris. “We know Andrew has given a lot of himself in his role at the helm for many years. We are delighted to support this special event.”

“Australian International Pedal Prix Inc. is extremely grateful for the sponsorship of the Andrew McLachlan Tribute Event from two of it’s longtime supporters, Floodlight Content and Copyworld. Their support has allowed us to bring the ticket price down while at the same time still providing the full service of the Oceanique venue,” enthused Chief Executive Marcus Lacey. “It should be a great night, and a fitting tribute for Andrew.”

Everyone who has purchased tickets at the original issue price of $85.00 will receive a refund for the $20.00 difference.