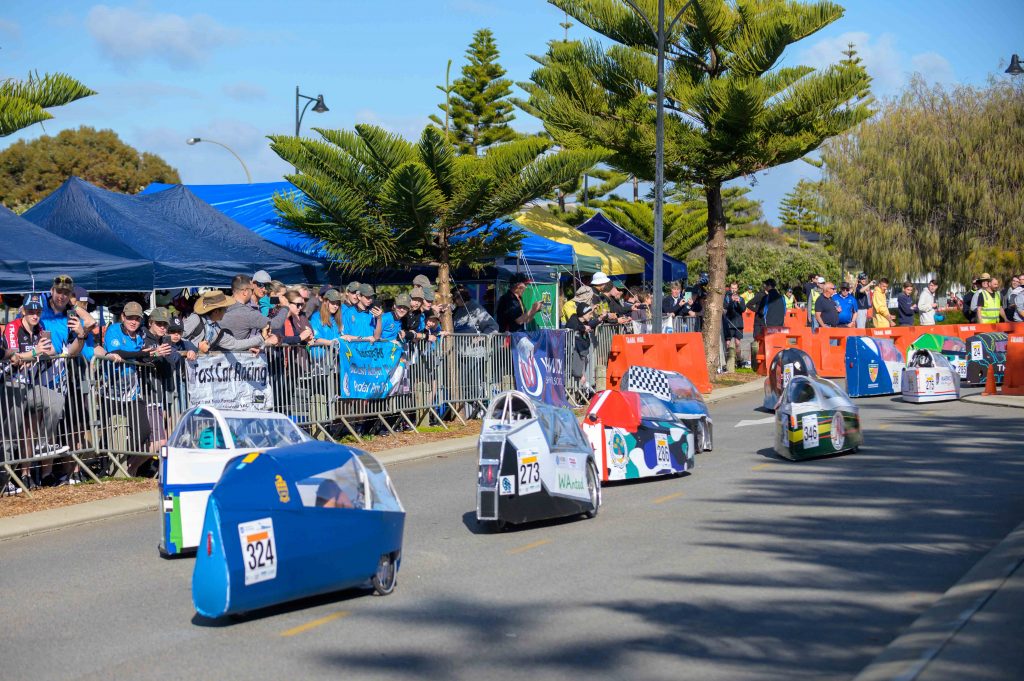 The UniSA Australian HPV Super Series returns to the picturesque Western Australian City of Busselton for Round 5 of the 2022 Series this Sunday, 21 August. The stunning coastal destination located 220km south of the state’s capital Perth will also double as the third and final round of the 2022 Epiroc WA Pedal Prix Series.

It’s been some three years since the Series has visited Western Australia and now with the lifting of COVID restrictions, racing can resume on this ideal oceanside circuit.

Thanks to the support of the City of Busselton, a solid contingent of vehicles will take part with entries coming from local schools, the Perth metropolitan district and South Australia.

“It’s tremendous to be able to race again after a significantly difficult few years due to COVID,” stated Series CEO Marcus Lacey. “Coming back to Busselton is a real highlight of the calendar.  We hope to see as many local and Perth based teams take to the track as possible.”

“We are thrilled to be part of the Busselton event as it is the climax to our three round Series here in Western Australia,” added WA Chairperson Ben Clayton.

Situated on the beautiful Geographe Bay, and often referred to as the events capital of Western Australia, Busselton is well known for its 1.8-kilometre-long, wooden-piled jetty which has survived a cyclone, storm and fire to retain its status as the longest timber-piled jetty in the southern hemisphere.

“The City of Busselton has been instrumental in making this event happen and we extend our gratitude and thanks for their support,” said Lacey and Clayton in a joint statement.

9.30am All Marshals in position